At CP, we are always asking “why?” We’re fascinated and ever curious about customer mood and mindset. Here’s a few observations and constructive fodder for discussion from our anthropology and strategic planning teams from this past quarter.

1. Division Begets Division:
Don’t get sucked into taking a side.

Observation: The U.S Midterm Election illustrated again how voters of both parties no longer view elections as chances to shape the direction of government policy, but as existential battles. Voters are willing to stand by questionable candidates rather than defect to the other party.

Due to the rigidity on the two sides, where independent voters go, so goes a midterm election. It begs the question of how brands should speak with the left, right AND middle when choosing or switching sides seems like the last thing on people’s agenda.

What brands can do: Don’t fall into the same cycle. You have a timely opportunity to recognize and celebrate shared values that remind us that, as humans, we still care about the same basic things…that everyone has some goodness in them; that we all want to do the right thing when we can.

2. Hate Is Still Hot:
Anger is easier than love, and also less effective. 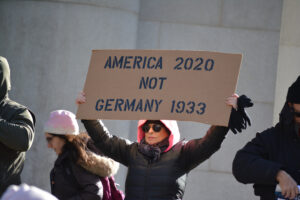 Observation: Kyrie Irving and Kanye West are the latest examples of the unhealthy state of hate, and how people are using their social platforms to spread hate and incite anger. West unleashed a myriad of antisemitic comments and Irving publicly defended a documentary laden with antisemitic views. The takeaway…further division and the clear diagnosis that hate and injustice of all kinds still remain at the forefront of society, even today. (Data shows a 128% increase in antisemitic-related internet searches in the past three months.)

What brands can do: There is a growing need to pragmatically and authentically position your brand in a place of love, inclusion and positivity. To overly address the platforms of hate, risks giving them credibility, rather embrace tactful ways to invite all people into your brand. 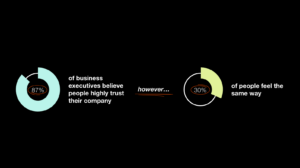 Observation: It’s well-documented and roundly-reported that since Elon Musk completed his $44 billion acquisition of Twitter, the influential social network has shed staff, lost users, and seen advertisers pause their participation in the platform.

As people see more and more institutions being influenced by strong, centralized powers they’re more likely to seek brands that guard against that power. So will other stakeholders.

What brands can do: This is about empowering others across, up and down your organization to share responsibilities when it comes to company policies tied to culture, work environment and human resources. This allows business leaders to decentralize aspects of leadership while still owning and driving longer term business and growth strategies.

4. Cash Stuffing, It’s a Thing:
As the recession arrives, so is financial discipline – even for those who had reputations for lacking it. 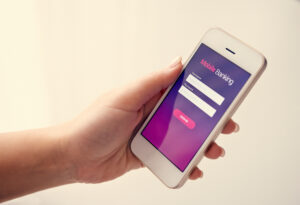 Observation: Cash stuffing is a method of budgeting that involves withdrawing money from your account and physically allocating it to different spending pots. Banking platforms and technology are now being used by people to plan, budget, and monitor spending in more responsible ways that give a sense of control.

Google searches for ‘cash stuffing’ have increased by 274% and the TikTok hashtag has generated over 498 million views to date.

What brands can do: Understand that financial safety is a key element within the consumer mindset. Brands should encourage improved budgeting skills to lower anxiety around finances and speak to overall value as a way to be more relevant with younger audiences.

5. The Hidden Significance of Yellowstone:
We all need to escape every now and then. 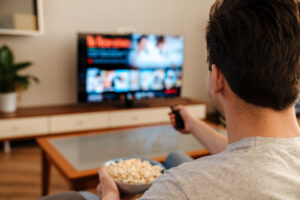 This is an example in modern media of networks leveraging escapism, a behavioral tendency which has become increasingly prevalent and popular. This is likely due to the fact that many consumers are using media, particularly since the pandemic (and especially TV) as an outlet to escape their respective realities in search for something else. In this sense, they are using media to connect with ideals and values that they may not be as strongly represented as they’d hope in their lives and in modern society as a whole.

What brands can do: Simply being aware of the visible cues and subject matter that consumers are drawn to can provide content guidance across branded digital channels. Whether it’s discussing or making reference to a favorite show or a specific character, it’s an easy way to spark engagement with your customers.

Top Digital Trends to Watch in 2023