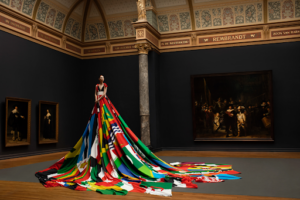 In recent years, you can tell the start of June by the consistent and ubiquitous appearance of rainbows.

It is an incredibly positive step that in so many countries, particularly western, there is such a celebratory feeling to Pride. Major brands, both public and private, are now racing to out-rainbow each other and associate themselves with the LGBTQ+ community, the cause – and for some of us cynics, sell a few products where they can during this month-long party and celebration of diversity.

However, the origins of Pride were anything but a party. The events at the Stonewall Inn in 1969 which were to spark Pride were brutal, bloody and an important reminder to us all that we have many more steps to take for real equality and visibility for all in society.

Everyone, especially corporate brands, who in recent years have joined ‘the Pride party’, need to consider their support for this important cause with careful authenticity. Because with the Pride party comes the essential element of protest – for further necessary rights of the LGBTQ+ community around the world.

An integral part of Pride is visibility. And for corporate brands, this is about true visibility and authenticity.

The fact is that it’s only been in recent years that the wealth of major brands have really associated themselves with the party of Pride.

The original Pride parades in the 1970s were a form of protest. They had a daring strategy – to walk the streets of major cities declaring support for a minority, and often misunderstood members of our community. Now it is considered ‘safe’ and is a positive association to launch campaigns covered in rainbows and to walk in Pride. However, it’s not just about branding and floats in a parade, as some brands are finding out.

AT&T, Toyota and Amazon are just three organisations who have been found to be playing both sides in the LGBTQ+ rights according to a recent article in AdWeek.  The Data for Progress and Popular Information have highlighted brands for a level of marketing hypocrisy – building an extensive Pride campaign while also spending more than $1 million on political campaign contributions to state lawmakers responsible for anti-LGBTQ+ legislation.

In an age in branding, marketing and advertising, where purpose and making a meaningful difference is at the forefront of many brands and consumers’ minds, it’s crucial to go beyond past shortcomings when it comes to supporting each other. For example, just a flag, a temporarily redesigned logo or tweet as support. With transparency at an all time high and consumers more interested and knowledgeable about what’s going on behind closed doors and willingness to bring up past comments and actions, it’s critical that brands not only take a stand and speak up this month, but also genuinely show up in support.

Today, there’s so much to celebrate for what’s been done for LGBTQ+ rights. And yet, with 70 countries not recognising LGBTQ+ rights and over 300 pieces of anti-LGBTQ+ legislation passed by US State lawmakers this year alone, there is so much more to do, and it’s all not going to happen in June every year.

So for those who are planning their corporate strategies for rainbow coloured campaigns next June, consider extending the colours to an annual campaign, and stretch to the entire annual corporate budget and culture, not just the marketing spend.

It’s not just about painting rainbows in June.

Reflecting on a Summer at CP

We All Get Stressed. Here Are Some Tips.